My latest book: Fierce Chemistry: A History of UK Drug Wars was published in May 2021.

The current project is a biography of the Louisiana blues guitarist, John Campbell

Eric Clapton: The Odyssey: The Making Of Eric Clapton
Retrospective and Interview by Harry Shapiro, MOJO, March 1994
Of all the legends of the land of Greece, few are as epic and ill-starred as the tale of Eric Clapton, his five mates and a dodgy motor called the Glandsmobile… 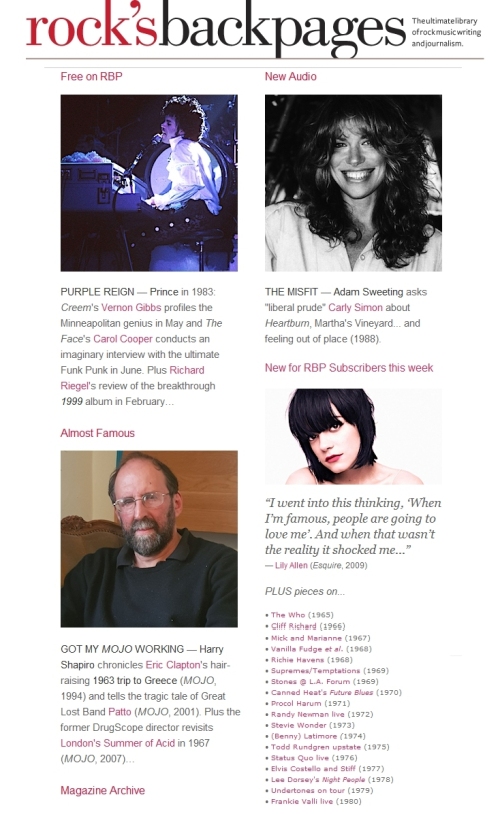